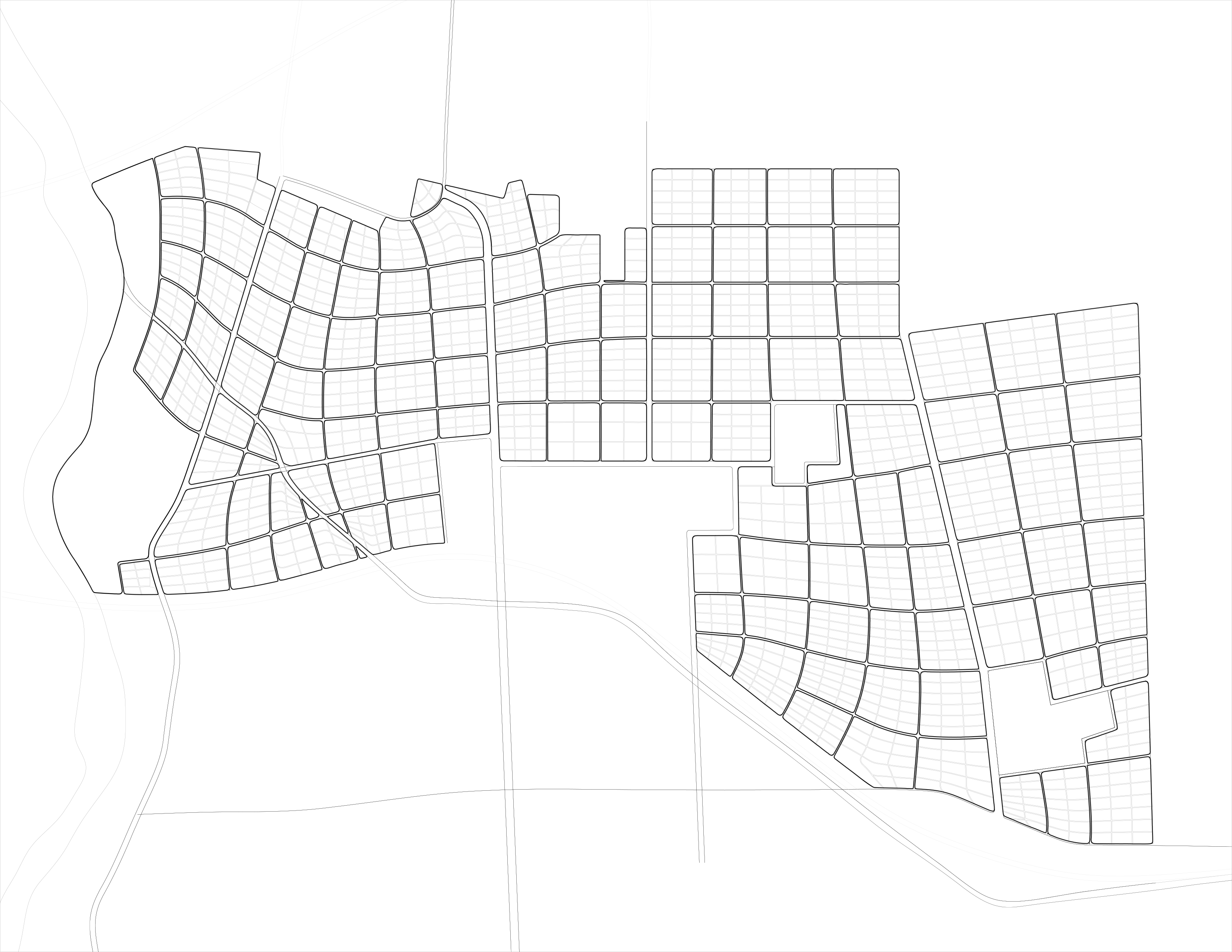 Located 25km south of Beijing Airport, Hua Run City forms part of the ring of satellite urban development circling Beijing Tianjin and Hebei province.  This proposal for a 25km2 masterplan extension aims to create a new heterogeneous form of urbansim through the differentiation of orientation and sizes of plots, blocks and lots, and as well, through mixing of uses with coherent identities, and the regulation of heights across the entire height. This parametric approach to how urban systems are correlated helps to define a method for the regulation of development, thereby making the masterplan an active and interactive tool in the development of the site in years to come. The network topology of the road hierarchy, and the resultant plot, block and lot subdivisions, is deformed to the natural features of the site, including a river to the west and a canal to the south. A green network acts to intensify public spaces along the river and the canal, as well as permeating the extensive block structures.