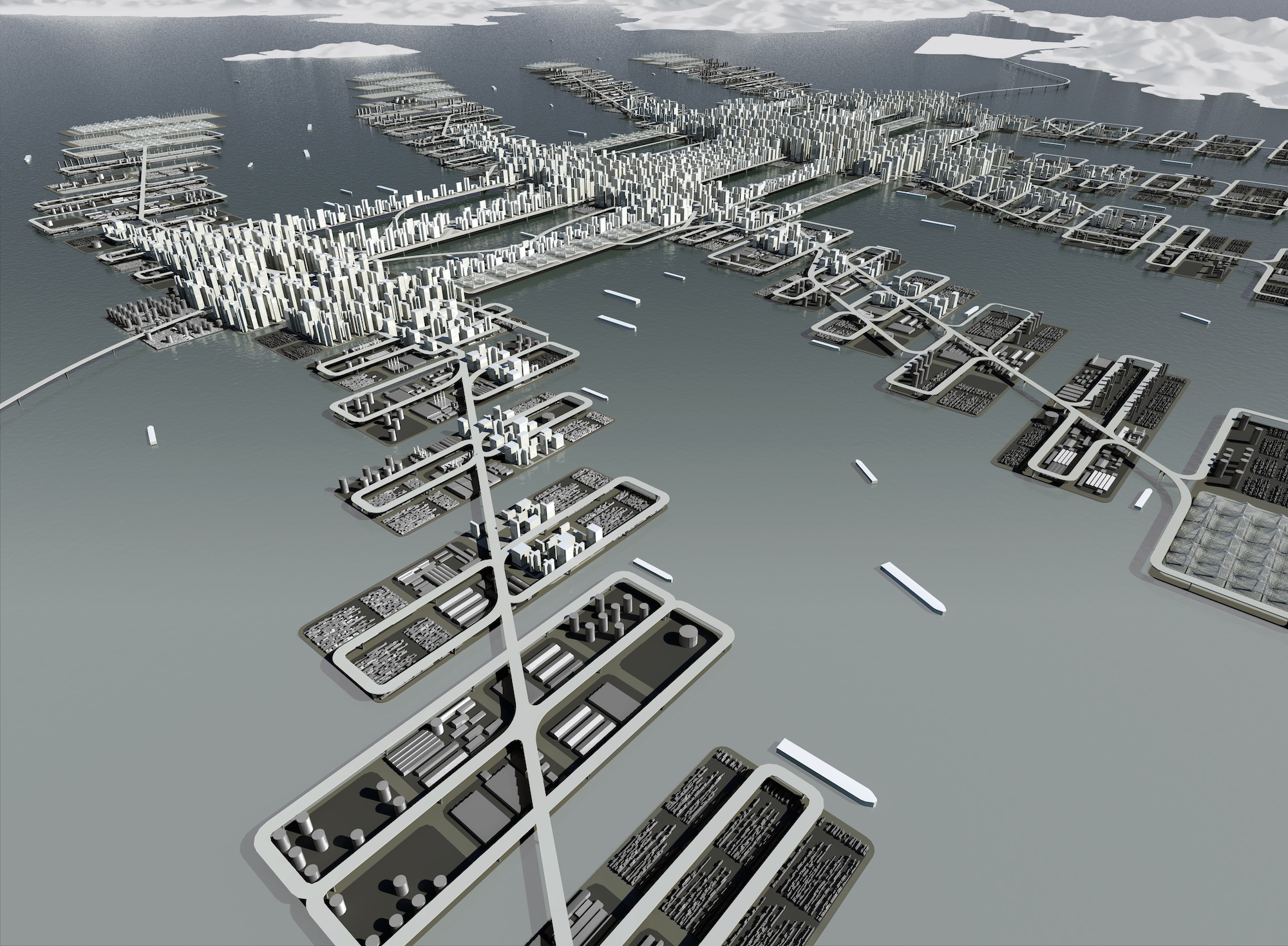 The FUTUREPORT project is a design research project which speculates on the future of shipping, land management, manufacturing, environmental sustainability and future urbanisation in the PRD. Through an examination of thirteen ports in the PRD region, there is evidence of an acute limit on the available land for expansion, while older ports have crowded waterways and cannot cater to the largest vessels, due to limitations in the current water depth and logistic movement.  As a visionary strategy for the development of a post-industrial economy in the PRD in relation to the future of the SZ-HK ports, a dynamic network of offshore cargo ports is proposed as a new high density urban corridor is proposed in the mouth of the Pearl River, along the future Hong Kong-Macau-Zhuhai Bridge. This new model of urban and industrial growth is conceived as a series of differentiated scenarios documented at instances from 2011 to 2111, linking the PRD region as a continuous city of 50m population by the year 2111. The direct proximity of offshore ports to industrial production is the primary driver of this new model of symbiosis of Shenzhen and Hong Kong. In addition, sources of clean energy harvesting are proposed as integrated wind and solar farms on offshore islands.