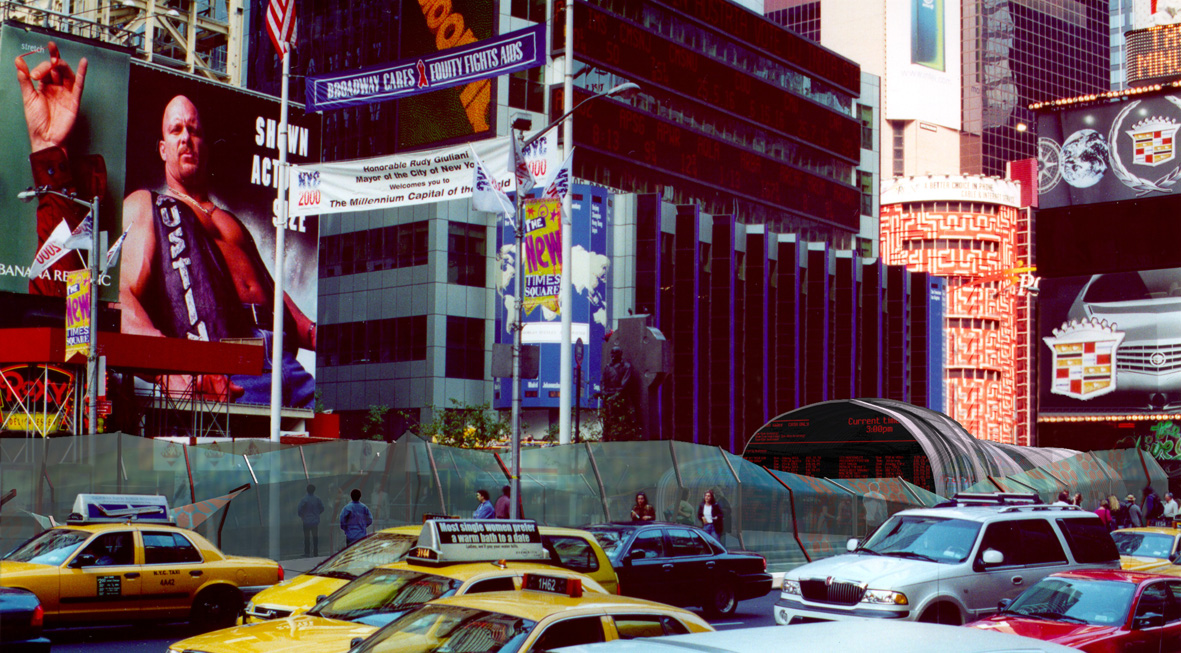 A simple and effective assembly of pre-manufactured elements configures a durable yet semi-permanent structure.  The enclosing membrane for up to 16 Ticketing Booths is a helical structure of fiber optic cables between two layers of visually permeable corrugated polycarbonate. The interconnections and convergencies of pedestrian movement trajectories derive from the time-based configurations over a daily cycle which adapt to varying densities of up to 3000 people queing. The membrane for the booth enclosures joins an applied second skin to the ground, as a deck for the Visual Information Fountains that organise an adaptable system of barricades for pedestrians.  Each intersectional unit becomes a digital device that is materially designed to both receive and emanate visual information of projections.  The VIF ribbons are constructed from “Z” shaped legs, with 3 equal legs and 2 inflecting joints.  The multiple configurations of the elements are stacked away after hours.  The barricades are mass produced from 100mm extruded polycarbonate tubing. The ribbons emerge into the helical funnels which can be deflected and deformed by the emergent interaction of moving pedestrians.  The site is urban, yet the detail is more like furniture. The visual effects of the Times Square Ball is conceptually re-organised in a lateral configuration, yet with equally stimulating and informative effects.