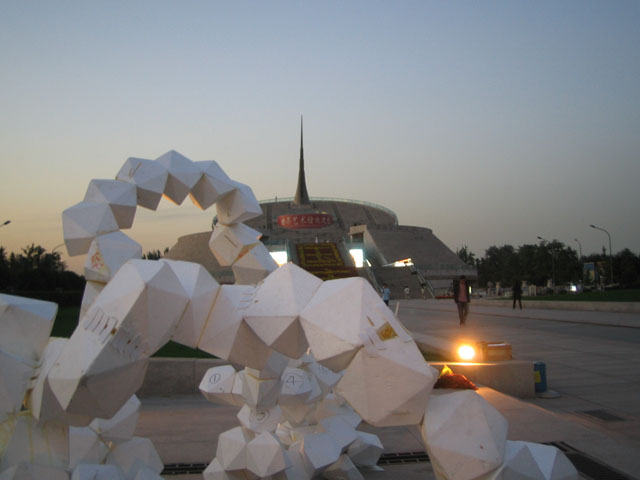 The design of this pavilion is the direct result of the application of the recursive scripts and models inherent to the design process and stages of design of the GenLITE product.  The pavilion investigates a paradigm shift from surfaced-based geometries and spatialities, towards more gradient, porous, aggregate spatial and material organization.  GenLITE’s cellular organization has been scaled up in the pavilion in the exterior forecourt of the World Art Museum in Beijing. The pavilion has three touchdown positions and projecting cantilevers, allowing the public winds their way through the open urban interior of the pavilion. Four hundred identical cells were injection-molded in polystyrene, and connected to form six aggregate types which are pre-assembled, and then finally connected together in the vast exterior plaza of the World Art Museum in Beijing.  The pavilion is a collaboration with Tom Barker or b consultants in London.