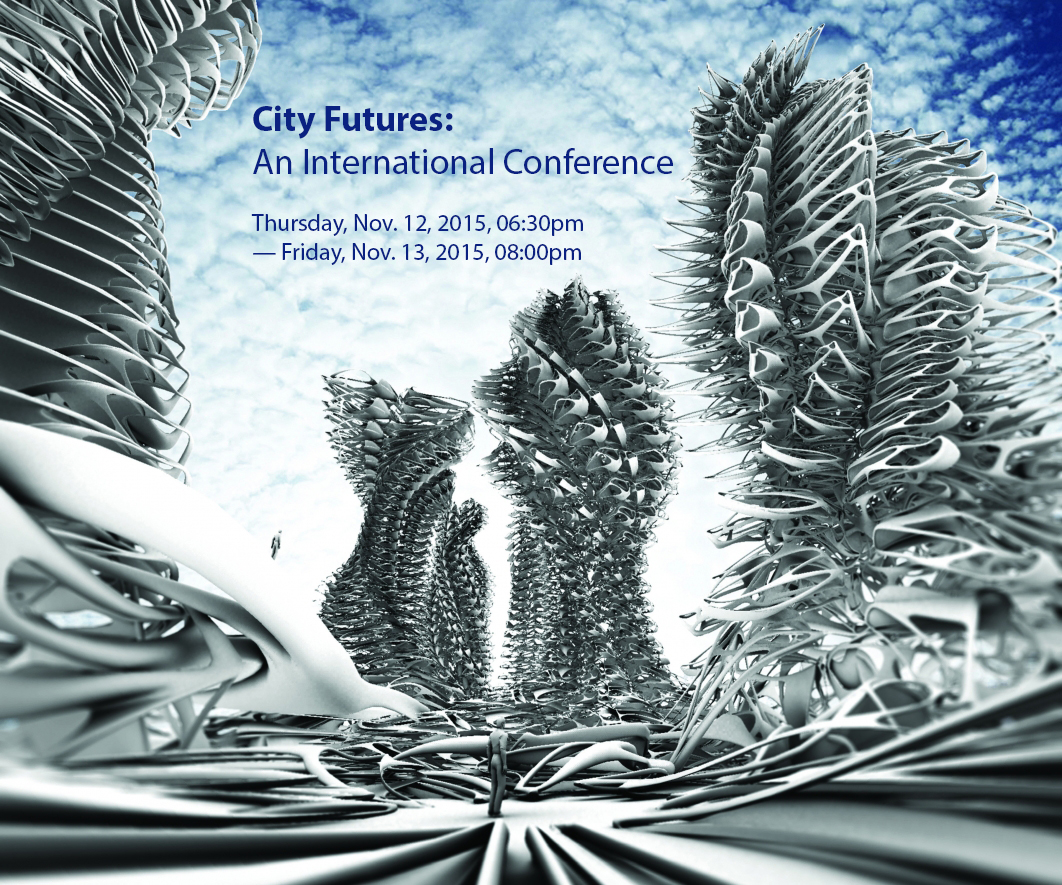 Tom Verebes presents a paper and projects at the CITY FUTURES Conference at Penn Design, University of Pennsylvania, 12-13 November 2015. A future publication from the conference is planned by Penn Design.

According to a recent United Nations report, 54% of the world’s population lives in urban areas, and the proportion is expected to reach 66% by 2050. What form will the city of the future take? What new models have been produced by today’s urban realities? What role will architects play in shaping the city of tomorrow?

Panel 1, 10:00am – 12:00pm: Infrastructure + City Fabric
This panel explores the role that infrastructures (hard and soft) and urban fabrics can play in redefining how cities function, whether the aging metropolises in the Global North or the burgeoning megacities in the Global South. Confirmed speakers include James Lima, Thom Mayne, Marilyn Jordan Taylor, and Tom Verebes.

Panel 3, 4:30pm – 6:30pm: The Imaginary/Speculative City
This panel intentionally, even provocatively, plays at a double meaning of “speculation”: as an act of gambling on the real estate market or as an act of visionary or utopian scheming. While the two types of speculation would seem to have little in common, or even to be fundamentally at odds with one another, both similarly envision alternatives to the city as it exists. Confirmed speakers include Paul Preissner, Vyjayanthi Rao, Alfonso Vergara, and Liam Young.